Feature prepared by Sandra Caruana, one of the volunteers who went to Peru.

It was always one of my hidden dreams - that of carrying out missionary work in a faraway country, and last September I decided to turn this dream into reality. The choice of the country was quite natural, me having 'adopted' 3 Peruvian children for the last 15 years. Well, easier said than done. I soon realised that there was quite a few things to prepare before embarking on this 'adventure'. In fact, together with the other volunteers, we started meeting almost every fortnight. Preparations involved getting to know each other better, learning the Spanish language, learning about Peru' and it culture, as well as organising fund-raising activities. 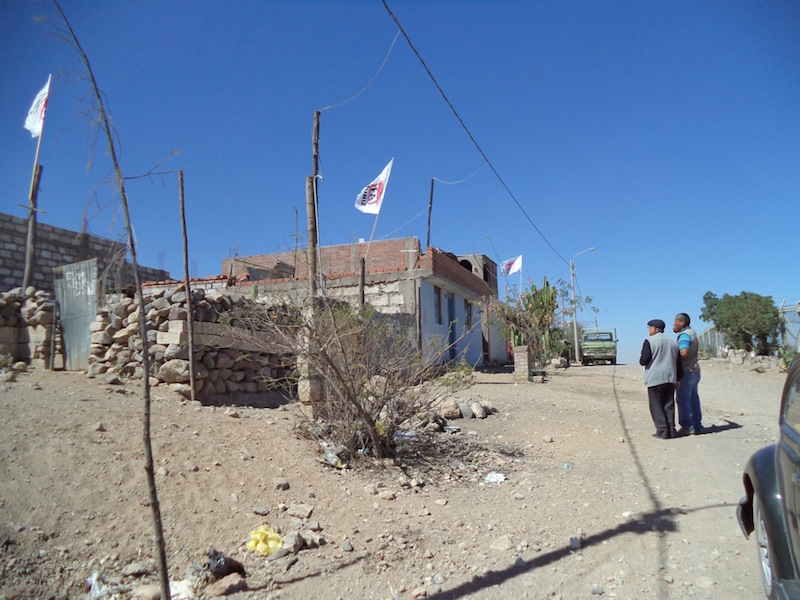 Finally on the 14th August, together with another 26 volunteers, and a budget of 40,000 Euros, we left Malta starting this noble experience, ably managed by Father Gigi. The voyage itself was quite long.. 4 flights to reach Arequipa, our final destination. We lived in a desert area in the province of Buenos Aires Alto Cayma, which is almost all being religiously taken care of MSSP Maltese priests. We soon settled down in the Saint Paul compound managed by Fr. Giovann of MSSP very near the Misti volcano located between Mount Chachani and Pikchu Pikchu volcano. After familiarisation with the place (which included evacuation plans in case of tremors, which are very common), getting used to get shocks (touching metals and people !) due to high electrostatic energy, not drinking any water (including to wash our teeth), we immediately started working . Our first few days involved unloading the first 2 containers which had been shipped to Peru in the beginning of Summer, and sorting out goods - such as baby's wear, menswear, women's clothing, food, medicine, toiletries, shoes, etc.

It was then our turn to get divided in groups of 3, each team being managed by a Maltese priest (living there in Peru'), visiting the area being managed by this priest, and then visiting between 10 and 15 poorest families in this area. I was working with Elizabeth and Vince, together with Father George Scerri (who has been in Peru' for 40 years) and visiting families in probably the most remote and the poorest of all parishes - Saint Theresa. I was shocked when going round this parish, I found out that there was not a single tarmacked road, I did not see one decent house but all very poor houses, with families practically having nothing except 4 walls (only one or 2 rooms maximum), and some type of ceiling (very often not a stone one) with very few old amenities, and very few food. I didn't see one single floor tile around, the ground was all dust. There is still no water system in this area, and families have a ration of water to collect from a place, on a weekly basis. The lack of hygiene and the desert atmosphere creates health problems for these people making the situation worse. Well, after going to 10 families, contrary to usual, I ended up speechless during the 'processing' session which we used to do every evening at 6 with the whole group. I couldn't believe there was such poverty at this time and age, I couldn't accept that such a rich country can be so slow in helping such poor people, I couldn't accept the amount of health problems in such a small amount of families (about 6 had serious respiratory problems, hearing problems, kidney failures, cancer, etc.), I couldn't accept the male sexual abuse which is very common, I couldn't take in the pain in the eyes of women and children..Well, I only stayed quiet that day. My fighting character, and after seeing all this, made me convinced in wanting to help out these people and alleviate some of their pain. Whilst going round these families, and talking with these people, we were noticing the basic things lacking in every family - such as clothes, mattresses, beds, cookers, pots and pans, blankets, sheets, medicine, food etc. We gave out these lists to the funds Board, who started the calculations to buy all the things, with the funds we had got with us. 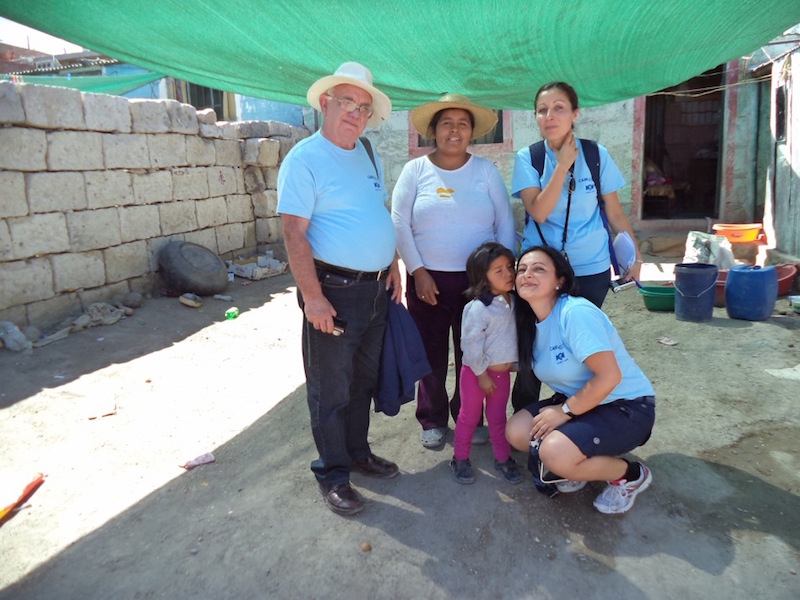 Next week, it was a week of festivities - orgasing parties to either children, or old people, or whole families, in the different parishes in Buenos Aires Alto Cayma. We organised parties in Acequialta (managed by Father Victor), Saint Theresa (managed by Father George), Primero de Junio (managed by Father Alex), la Tomilla (Father Marcel) and San Pablo (Father Giovann). We also went very far away to Aplao, a parish managed by Father Nikol (Maltese obviously)..We used to prepare different types of food like ghagin il-forn, ross il-forn, as well as hot dogs. We used to give out freebies, shoes, clothes etc all from the containers sent from Malta. One cannot imagine the happiness in these people'e eyes when you give them food more than they are used to in everyday life, drink as much as they wanted, gifts, but above all the love we used to show them. This was not an easy task - sometimes talking to these people was very difficult. In fact, although me and a couple of others are quite Spanish conversant, we noticed that in some parishes, like the one I used to work in (Saint Theresa), many people who were old, did not even speak Spanish, because they were Indian Quechuans !! Although there was this language barrier, they were still very appreciate of all we did with them. During this week, we also went out to the city centre to buy the things for these people - we bought mattresses, beds, etc. This was quite an experience, myself trying to bargain in Spanish so as to get a better price (for colchones - mattress and camas - beds) so as to have more funds left for our projects. Each team of 3 had a budget of 11,000 soles (i.e. about 3000 Euros).

In the third week, after sorting out the goods bought by us, and seeing what budget left we had left, we started going round in the same families, and delivering the goods. One cannot imagine the gratitude shown by these people, who used to see us like God himself visiting them. The happiness in them was contagious - and we used to end up crying with them - not sure whether with joy or pain, or both.. With the remaining budget, we ended up paying them tickets to go to Lima hospital, for cure (about 200 Euros), money allocated to a family who had a handicapped child, to do them at least a concrete ramp, so that this girl can at least be taken out of the house and not remain a slave inside her home. Well, so many projects, which I still remember vividly, and one cannot understand fully, unless h/she is there. We are so lucky to have so much things which we take them for granted. As they say, when doing voluntary work, somehow, you get intrinsically rewarded. Personally, the peace I got with me from there, and something very intrinsic difficult to explain, will hopefully remain with me, for ever. 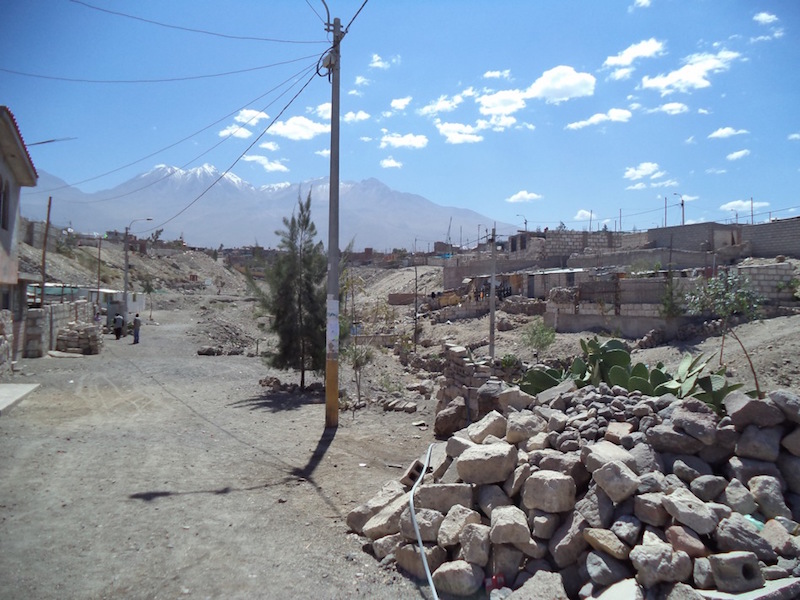 As I said, Peru' is such a beautiful varied country. Whilst we were there (especially in the last 4 days before leaving) we were lucky to see its varied beauty - especially Machu Picchu, Cusco, the gold mountains, Colca Canyon (to see the condors - which is twice as deep as the Grand Canyon), Maray, Qenko, Saksaywaman, Maras salt-pans, las Aguas Calientes de Chivay etc. I think this country has it all - from desert to lush vegetation. But especially, it has such a kind-hearted generous people, whom you would definitely help and never forget... 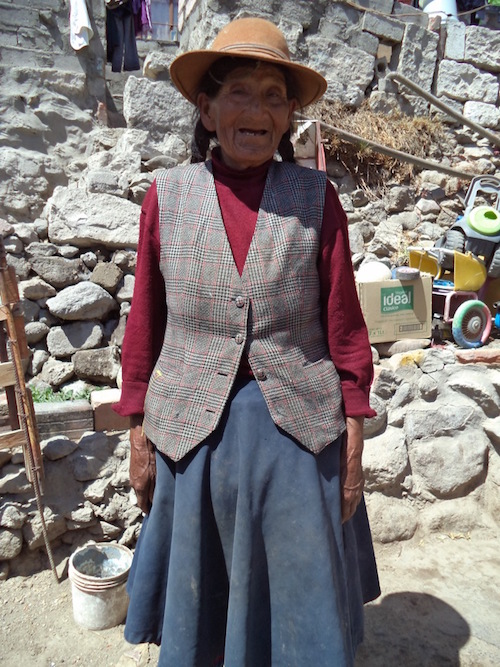 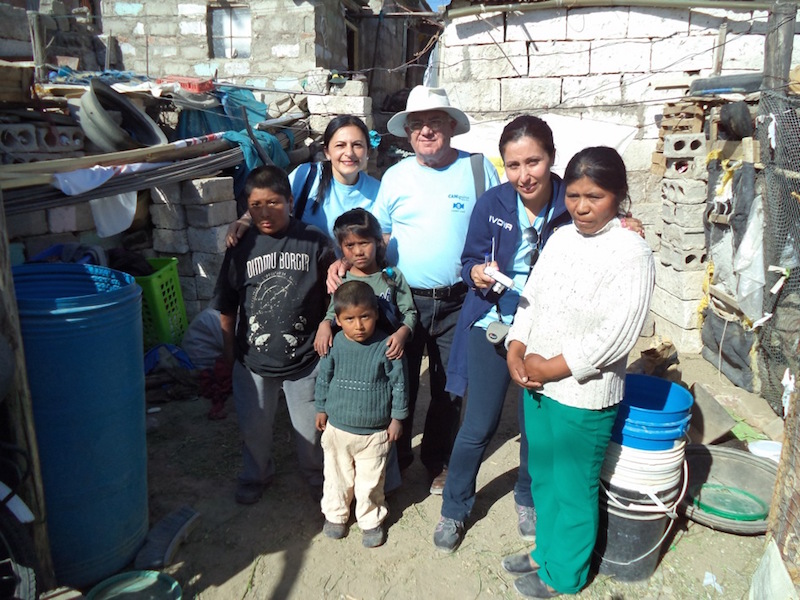